Take the Quiz – How Would They Vote? 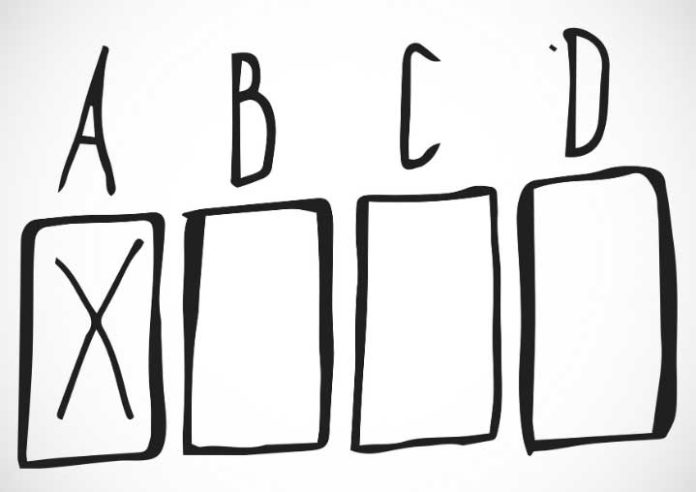 Here’s a quiz: Given their track record, how do you think Michigan legislators would vote on a bill to lower school property taxes on businesses and homeowners without hurting — and actually benefitting — schools and their ability to serve students?

Would your answer be:

The correct answer is B. Legislators since 2002 have consistently voted against legislation to lower the bonding costs of school districts and therefore increase or extend for more years the property taxes levied to pay for school district bonds.

Four decades ago the Legislature thought it would be a good idea to give school districts a voter-approved financing mechanism to purchase property and pay for building repairs and small improvements on a pay-as-you go basis. Called a “sinking fund,” this tool was intended to give districts an opportunity to maintain their capital investments and infrastructure without tapping their limited operating revenues or require them to pass bond issues and pay interest and fees for relatively small projects.

This legislation, Act 451 of 1976, has been largely unchanged since its passage. In the early 2000s, schools went to the Legislature to ask for a slight change. Technology, they said, was becoming a vital part of their infrastructure and they could envision it being an essential component of school operations well into the future. The problem with funding technology is twofold: It is A) a relatively expensive investment, and B) one that, in many instances, has a short shelf life.

The first legislators to take up the proposal to add technology to the list of allowable uses for a sinking fund thought it was a great idea. It sailed through the Michigan House. And there it stayed. Business interests who had supported the 1994 Proposal A changes to school funding as a way to reduce Michigan’s property tax burden saw this minor change to the sinking fund as a slippery slope. They commissioned a study that projected virtually every district in the state would pass a sinking fund at a cost to Michigan taxpayers of hundreds of millions of dollars.

That didn’t happen. What did happen was that districts began including technology in their bond requests for proposals in the millions of dollars that would be paid over 20, 25 and 30-year periods. All are necessary requests to meet the needs of students and some are absolutely long-term expenditures, just as installing fiber and ensuring a current technology infrastructure in new buildings is an intelligent investment.

Most school leaders would tell you, however, that they’d prefer not to purchase desktop, laptop and tablet computers through a bond issue. Even though those expenditures are segregated for a shorter payoff period within the structure of a bond, the bonding fees and interest payments are expensive.

How expensive? In 2014, Rockford residents supported a bond request that included $25 million for technology and important security improvements. The interest and issuance fees for bonding that $25 million amounted to $4.6 million in additional expense.

In 2013, Forest Hills residents approved $16.8 million in bond dollars for technology, which came with interest and fees of $2.17 million. These are just two examples within Kent ISD. This happens every year in every county across the state, as voters recognize the value of technology to their children’s education and are eager to ensure their children are prepared for a technology-rich environment when they enter the workplace.

The legislation would do that because a sinking fund allows a district to levy a certain amount of property tax, collect those dollars annually, and spend them as they are collected. No borrowing. No interest. No fees. Sure, there is a property tax cost for sinking funds but it would reduce pressure on districts to seek long-term bonds and, in the long run, the tax burden on property owners would be reduced.

If you would like tosee your district be able to maintain technology and increase the security and safety of their buildings at a lower price to you, the taxpayer, please contact your legislators in the House and the Senate and let them know you support HB4388 (H-3). Tell them you’d appreciate it if they would, too.