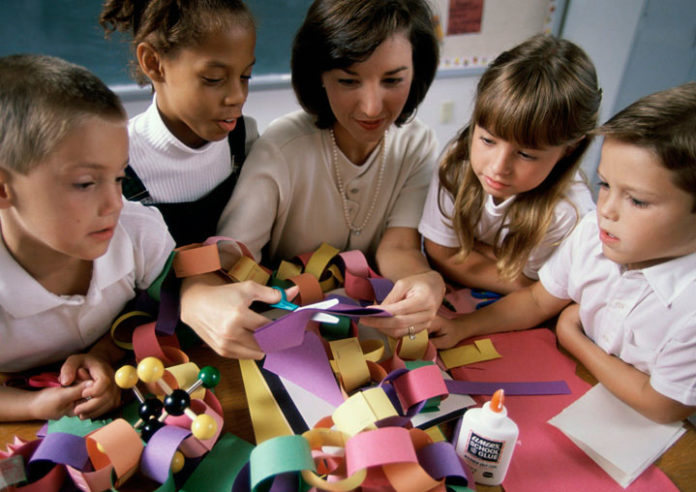 “Creativity cannot be taught, but it can be killed … Asian education systems kill creativity more effectively than the American system. The creativity gap exists between Americans and Asians not because American schools teach creativity more or better … They just do not kill it as much as the Asians.” Yong Zhao

This is the dilemma facing public education: How do you stimulate, inspire and nurture creativity among students (and teachers) while also holding them accountable to standards that are easily understood and recognizable to parents (and legislators)?

Reporting student performance on bubble tests and comparing achievement by grade level and school building to others in your state and your nation is simple. It is easily understood and relatively comparable when adjusted for demographic differences.

Measuring the creativity that drove people like Bill Gates and Steve Jobs to pursue their interests in developing and refining the hardware and software necessary to create personal computers is totally different. There’s nothing easy about it. And there was no reason to believe it would amount to anything more than a flight of fancy for young men seeking a diversion from their studies.

Many oft-quoted observers are deeply concerned about education, our economy and the future of Western Democracies. People like author Daniel Pink, Sir Ken Robinson and Yong Zhao, the highly respected educator quoted above, believe we are stifling the lifeblood of future innovation with the demand for lockstep student participation and achievement on standardized tests allowing policy-makers to evaluate school v. school, state v. state and the U.S. v. other nations

Creativity and innovation, they claim, are the keys to maintaining a robust economy and differentiating the abilities of our students and, ultimately, our workforce from those of India and China.

♥People very unlike Pink, Robinson and Zhao are weighing in on standardized testing as well. Students are refusing to take standardized tests, and their parents are supporting them, as evidenced in these recent articles in the Chicago Tribune and Newsday.

Similar protests and challenges to state-required tests are occurring in states across the country,  as tens of thousands of parents are allowing their children to opt out of the standardized tests in their states.

While many use their disdain for the common core state standards as a reason for their decision to opt out of testing, their visceral reaction to these tests may be explained in Zhao’s observation of the treatment of America’s children, which he shared several years ago with a group of education innovators at Michigan State University.

Zhao compared his daughter’s participation in an elementary school Christmas pageant to his experience with such performances in his native China. In the U.S., he said, every student participates, and their parents, family and teachers are exuberant in their praise regardless of talent. In China, students practice incessantly for such affairs and are weeded out much like dancers in a Broadway musical or athletes competing for a place on the national team.

We celebrate individuality. It is in our DNA. Our nation was founded by those who chafed at convention and rebelled against repression. The Asian experience is totally different. The dominance of the state and the subservience of the citizenry is changing, but there is no Declaration of Independence or Bill of Rights as founding principles among our Asian counterparts.

We are at a decision point in this debate. Congress reversed course on federally mandated proficiency, accountability and reform with last December’s passage of the Every Student Succeeds Act.

Despite some sniping between the U.S. Department of Education and Congress over the federal role in ESSA, the intent of the act is to return testing, accountability and intervention to the states. Student performance on mandated tests remains the primary measure of school achievement, but it is one of many factors states are to consider as they draft new plans to guide instruction and access federal resources intended to level the playing field between wealthy suburban districts and challenged urban and rural schools.

If the pendulum swings from accountability to creativity, how do we measure creativity? How do we measure the 21st century skills of critical thinking, problem solving and teamwork so desired by business? Are these things we can easily categorize in an A-F system?

How do we restore our nation’s trust in its schools, shattered by the 1980s-era “Nation At Risk” report and obliterated throughout the 13 years of No Child Left Behind, with constant denunciations of school and student performance punctuated by the creation of parallel charter school systems that perform no better than the schools they were to replace? Without trust, it may be impossible to free teachers and students to experiment, to explore and create in ways that are not easily measured.

In our region, trust is being restored through the Talent 2025 initiative founded by the chief executive officers of major employers. Its goal is to improve and align the skills of our workforce to fill the jobs available today and tomorrow.

Their mantra is to illuminate, evaluate and advocate. They are pursuing this by developing multiple workgroups, most involving K-12 and higher education, to illuminate performance gaps between socioeconomic groups, between schools and communities inside and outside of the region; to evaluate solutions to eliminate these performance gaps; and to advocate for leading practices that will make our region, and our state, more competitive.

Many such groups have come and gone over the years. Most “illuminate” very well. They highlight performance gaps, declare the education system a failure and commemorate their work with documents and handouts that are filed away to be referenced by another group, empaneled at some future date, as evidence the system has failed for many years.

Instead, Talent 2025 is fostering open and honest conversation between business, K-12 and higher education. These conversations build trust as leaders in the field share their concerns, the conditions that affect performance and their ideas for overcoming the issues all agree to address.

Among the many gaps being explored are those between student performance in school, college and the workplace, and the gaps in expectations between K-12 and community colleges, four-year universities and employers. All participants believe these discussions will lead to adjustments that will align expectations and help us find ways to increase student preparation for college and careers with less frustration and remediation in all venues.

We fervently hope this new-found engagement and growing trust will free educators to inspire creativity among teachers and students while demonstrating the performance necessary for our institutions to achieve the accountability, credibility and respect extended to high performing and responsive schools.