In mixed millage results, approvals for five districts but setback for one 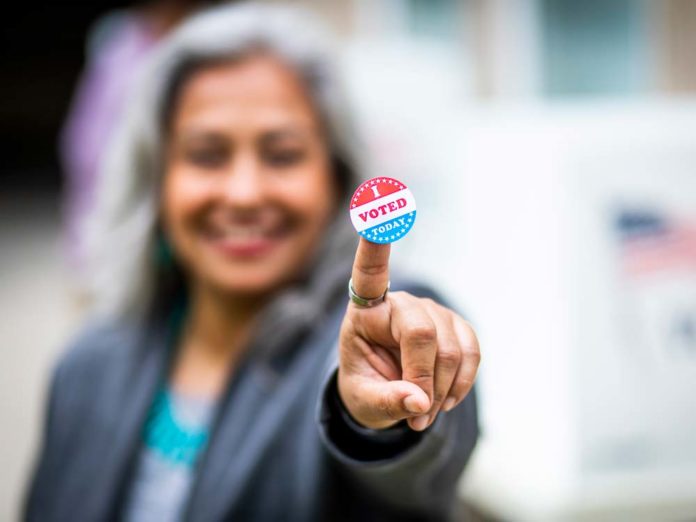 In a near-sweep of tax approvals, voters in five of six Kent County school districts authorized operational millage requests or bond issues on Tuesday, Nov. 6. However, Caledonia voters narrowly defeated a request to restore 18 mills on non-homestead properties, putting officials there up against a $150,000-plus loss revenue.

Caledonia was one of four districts that asked voters to override the Headlee Amendment, which automatically rolls back property tax rates from the state-authorized 18 mills if property values rise faster than the rate of inflation. The Headlee rollback had reduced rates on non-homestead properties such as industrial, commercial, business, rental and vacation properties.

Voters countywide also approved, by a healthy margin, the “Ready by 5” millage request to support early childhood development programs. The request for 0.25 mills, to provide an estimated $5.7 million per year, was approved 142,875 to 109,513.

Here is a summary of how local school districts fared in their requests for dollars, in an election that also elected school board members, put a new Michigan governor in office and flipped the U.S. House of Representatives.

Requested: Two-year millage authorization to override the Headlee Amendment and restore funding of the state-authorized rate of 18 mills. The rate had been reduced by Headlee to 17.8452 mills.

After more than 10,000 residents cast their vote, the final tally showed 52 percent voted against the requested Headlee override. As a result, the district faces an estimated loss of $156,723 in 2019, said Superintendent Dedrick Martin.

If the millage had passed, the estimated cost would have been .3083 mills, or $30.83 for every $100,000 in taxable property value. While no cuts are in the works for right now, they’re definitely a possibility in the future, Martin said.

“While we are obviously disappointed with the results, we certainly accept them and the feeling of tax fatigue from the voters in Caledonia,” said Martin, noting there was some organized opposition. “I will speak with our board in the upcoming weeks and review our potential options moving forward.

“Given the growing needs of our district, and the fast approaching end of the current five-year operations millage, we will need to come together as a school community very soon so that we don’t do irreparable harm to the operations of our school community.”

Voters approved a $130 million request at no cost to taxpayers to fund updated technology infrastructure, reconfiguration and furnishing of learning spaces, and media center improvements. The funds also will be used to move the district administrative offices to a new building that will be built on the Fine Arts Center campus near Forest Hills Avenue and Ada Drive.

“We plan to use the rest of this year and into the summer for planning,” said Julie Davis, assistant superintendent of finance. Building groups will be formed to look at what teachers need to transform their classrooms, she said, with the first round of classroom transformations likely occurring in summer 2020.

Construction on the new administration building won’t get under way until classroom transformations have begun, Davis said.

Voters passed a 30-year, $19.2 million bond proposal, while maintaining the current millage rate, which will fund a new third- through fifth-grade building set to open in 2021. Other improvements include new playgrounds for existing elementary buildings and safety and security upgrades.

“We’re thankful that the voters of the community have confidence in us, that we’ll spend the money wisely while modernizing our district’s elementary buildings,” said Jeff Owen, director of education supports for the district. “We’re excited.”

After members of the school community voted to restore the operating millage to 18 mills, the district will not see a decrease in its School Aid Foundation allowance for the next eight years. The difference would have been at least $50,000 annually had the millage not passed, said Superintendent Gerald Hopkins, noting there will be no cost to homeowners on their primary residences.

“The passing of this millage allows for Kenowa Hills to collect the 18 mills on non-homestead properties the state assumes our residents will approve,” Hopkins said.  “We are extremely grateful for the continued support and trust demonstrated by our community.”

For: (1) operations and (2) construction

District voters approved Proposal 1 to restore the Headlee Amendment rollback on property taxes that expires in 2027. Also approved was Proposal 2 to replace the district’s current sinking fund. The fund will be used to construct more secure building entrances and will expire in 2025. Approval will bring no increase to residential taxes.

Finance Director Julie Bylsma said plans are to construct a secure entrance this year at Crossroads Middle, then do the same at Highlands Middle and the elementary buildings.

Requested: Two-part proposal to (1) renew the 17.1268 mills currently levied on non-homestead properties, and (2) override a Headlee reduction by approving an increase of 0.8732 mills to the state-authorized rate of 18 mills, both for four years.

Passage of both proposals was crucial in generating about $5.5 million a year, including $267,000 by restoring the full 18 mills, said Superintendent Michael Shibler.

“It allows us to not only do long-range planning but to keep our focus on continuous improvement,” Shibler said. He called the outcome “a result of the fact that the Rockford community supports families and children and the quality of life that they expect from our community and our school district – from life itself.”

Noting that voters have never turned down a tax request during his 30 years leading the district, Shibler added, “They realize we listen to what their priorities are and we follow through on that.”