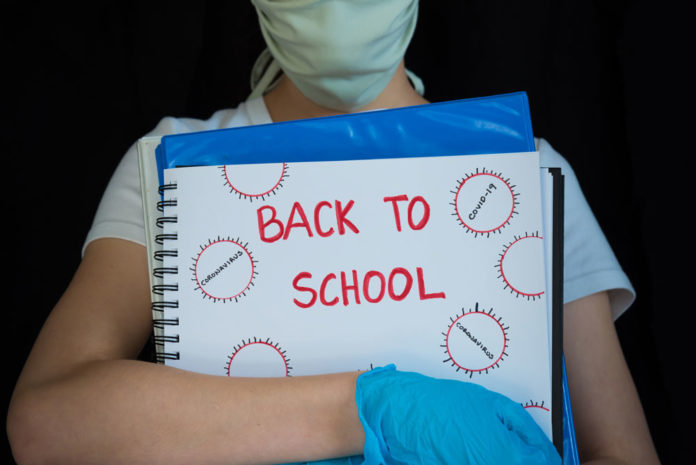 While many local school districts are beginning the school year with only a few weeks of online learning, Grand Rapids Public Schools, the largest of Kent County’s districts, will do online-only education until the end of its first marking period, Oct. 21. That will give the district a nine-week run with no face-to-face or hybrid instruction.

New GRPS Superintendent Leadriane Roby said there are some good reasons her district is charting a slightly different path from many of its Kent ISD peers.

She added that GRPS has some different considerations based on its size as compared to other Kent County districts. Serving some 14,500 students, it is significantly bigger than most in the county and is the eighth-largest public-school district in the state with 24 neighborhood schools serving students in either PK-5th grade or PK-8th grade.

Because of its size, it’s important, she said, for GRPS to take the time it is going to need to do a return to face-to-face instruction properly. The nine weeks of virtual instruction will give the district the time it will need to eventually pivot, if the right factors have been met, from online to what she expects will be a hybrid face-to-face/online model.

“If other districts are a speed boat,” she said. “GRPS is a cruise ship. It takes time to get it turned around.”

She added that the district also wants to avoid any situation where schools return to face-to-face and then have to go back to online.

“We need time to ensure we are meeting the proper safety protocols,” she said, “and then when we do go back into sessions we can do so without any starts and stops. We’re seeing some of that with districts in southern states, and that’s hard on families, students, staff.”

During its nine weeks of online instruction, said Roby, she and other GRPS administrators will keep an eye on what is happening in Grand Rapids with COVID, will be in constant communication with the Kent County Health Department, and will be watching other area districts as GRPS assesses a possible return to face-to-face instruction as part of a hybrid model to begin the second marking period.

That hybrid model would be an “A/B” schedule which would allow about half of the district’s students to attend school every other week or two consecutive days per week face-to-face. Students would continue distance learning on days they’re not attending in person, with one day per week set aside for deep classroom cleaning.

“If other districts are a speed boat,” she said. “GRPS is a cruise ship. It takes time to get it turned around.”

Roby said she could also see scenarios after the nine weeks of online-only instruction in which some schools would be on a hybrid model and some might stay online only, depending on which part of the city a school was located in and what COVID case numbers looked like in that zip code.

“Being really flexible and adaptable will be critical,” she said. “I’m always hopeful. I want to get back to face-to-face, to greeting kindergartners, going to football games. This has not been a pleasant experience for most of us, but this has provided an opportunity to continue education and to expand it for the future.”