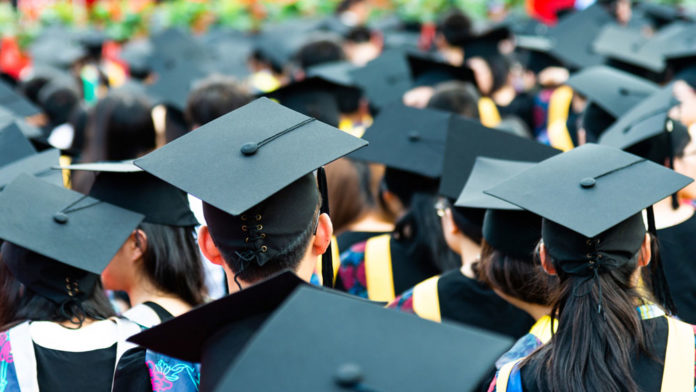 Since then, the improvements from year-to-year have been steady – 3 to 5 percent most years, though 2015 to 2016 saw a dramatic jump from 56.2 percent to 65.54 percent. But over time, those incremental increases have led to a 36.36 percentage point increase in graduation rates in less than a decade.

In a statement, Superintendent Leadriane Roby said: “The significant increase in our graduation rates is symbolic of the overall transformation success story that is gaining GRPS state and national attention.”

That success story, said district spokesperson John Helmholdt, has its roots in the GRPS Transformation Plan Version 3.0, approved unanimously by the Grand Rapids Board of Education in December 2012 with implementation beginning the following school year.

That plan had a number of goals, including strengthening and improving academic achievement. Indeed, the first two points under that goal were “increasing the district graduation rate” and “reducing the district drop-out rate.” GRPS’ drop-out rate last year was 7.56 percent, below the state average of 7.77 percent.

In addition to the guiding framework of the plan, Helmholdt told SNN, “Strong leadership at the board, district, and high school level coupled with rockstar teachers and support staff played a huge role in supporting the success of our high school students.”

Though all groups have seen steady increases since 2012, the biggest gainers in that time have been the district’s Asian students who were graduating at just a 37.5 percent clip in 2012 and now are above 95 percent. But all racial and ethnic subgroups saw substantial gains over that time, as well as economically disadvantaged students and English-language learners.

At an 80.92 percent overall graduation rate, GRPS is right around the state average of 82.07 percent and has Kent ISD’s overall 86.08 percent rate in its sights.