Medical detectives diagnose one patient actor at a time

“So, you said the rash started this morning, right? Is there anything else you think we should know?”

They reassured her that they would get her a diagnosis. But that would take place in the second half of the hour, when they returned to their middle school class to compare notes and deliberate. And they had more patients to see, four more to be exact.

They had one last question for their patient before moving on: “Did you take a plane lately?”

Avery Barry’s Central Middle School students’ confidence was apparent as they put the knowledge they had gained about symptoms and transmission of disease to work with volunteer patient actors. The elective course they are taking is called “Medical Detectives,” and it is part of Project Lead the Way, a national P-12 experiential learning program.

Project Lead the Way is aligned to Next Generation Science Standards and Common Core State Standards for Mathematics and English Language Arts. Its mission is to bring real-world experiences that rely on teamwork to students in a way that engages interest and increases student voice. Students are inspired to learn and use skills that last and to question what is possible.

That mission came to life in the excitement and energy of 23 middle-schoolers as they met in groups and got their notes and questions ready before the patient actors arrived in the school’s gym across from the classroom. Another group had done the same earlier in the day, and a third would participate later.

‘Middle schoolers like to be active. I didn’t see any bored students today.’

Earlier in the semester-long unit, students practiced reading patient case files and wondered together about how the case would be handled differently if a file weren’t available. “How would you create one?” Barry had asked them. When they came up with questions and practiced with their teacher as a “patient,” they found that random questions, even very good questions, didn’t get them much closer to finding a solution.

“What order should the questions be in? What should your opening question be?” Barry prompted. Students worked together to create a flowchart to guide their questioning, a resource that they put to good use with patients as the student doctors worked in groups of three to find a diagnosis.

“One of Project Lead the Way’s big ideas is that science is essentially teamwork,” Barry noted.

Seventh-grade student Eden Wilmert summed up some of the benefits of the class: “It goes deeper and helps me in science class, too. And I get to know my classmates a lot better.”

While students finished final preparations in their classroom, the patient actors, who were members of the school and community, were busy getting ready, too. Each reviewed their disease’s symptoms and asked questions of Barry and Principal Jon Haga as they sat in the gym: their “waiting room” as the student doctors prepared for appointments.

‘I learned virtually during COVID. I am more extroverted now. Our teacher has done a great job including everyone—and now I have new friends.’

Each volunteer was given a case file that read “disease-specific information about why you are visiting our student doctors, your symptoms, your travel history, and some other miscellaneous information.” They were also given their most important instruction: “Do not under any circumstance tell the students which disease you have!” Correctly diagnosing all five patients was the goal.

Some actors got into character with their assigned symptoms by clutching their stomachs or talking softly given their “sore throats.” Parent Mike Hitchcock was impressed by the students’ thoughtfulness and ability to follow their decision tree flowchart. He said that he didn’t remember much from his own science classes except the hands-on things.

“This is such a cool class offering,” Hitchcock said. “I’m excited to see them learning critical thinking.”

“It’s interesting and the life skills can help you. It was engaging and had a purpose. It’s fun,” noted eighth-grader Swetha Sivakumaran. “I liked working in a group.”

Classmate Eli Ferguson echoed these sentiments: “It’s good to learn about diseases and it was fun to interview the patients. It was hard to memorize all the symptoms, but if you forget something another group member can help.”

‘I was impressed with the thoughtfulness of their questions and their critical thinking.’

After rounds were completed, patients were invited to join student doctors as they reconvened in groups in their classroom to begin diagnosing. As groups examined the disease dictionary they had been given as a reference they sorted through their evidence from patient interviews they had just conducted.

Groups of students discussed disease transmission: “It was probably there an hour before they left because it has a two-hour transmission rate,” observed one student doctor. And they reviewed symptoms and drew conclusions: “So far there’s definitely no Lyme Disease here because diarrhea isn’t a symptom,” noted a second of the medical detectives.

That particular gastrointestinal symptom was a common one. A parent volunteer who was a patient in a class earlier in the day said, “I can’t believe how many times I had to say ‘diarrhea’.”

Eli had high praise for the actors who he thought did really well and tried to play the role. And patients had appreciation for the students as they role-played. “The students were “doctoresque,” said Jeff Simon, assistant principal and patient actor. “They were engaged, inquisitive, responsive and polite; their bedside manner was professional.”

Superintendent Dan Behm summarized the value of the experience that he participated in as a patient actor: “Anytime students can practice what it is grown-ups are doing, it gives them a window into the knowledge bases needed. Skills come together when they can apply what they are learning in a real context.”

He left the waiting room feeling much better, too; his rotavirus symptoms had disappeared. 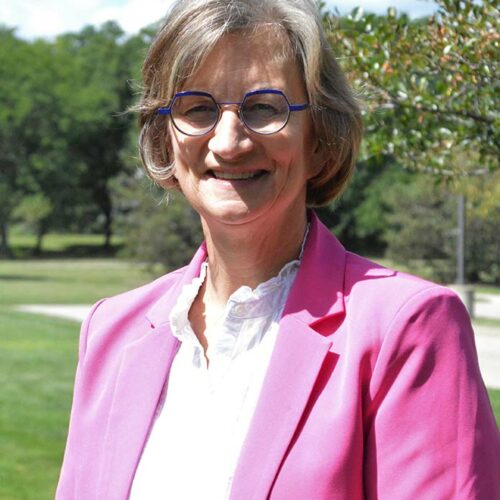