From Immigrant to Valedictorian and Millennium Scholar 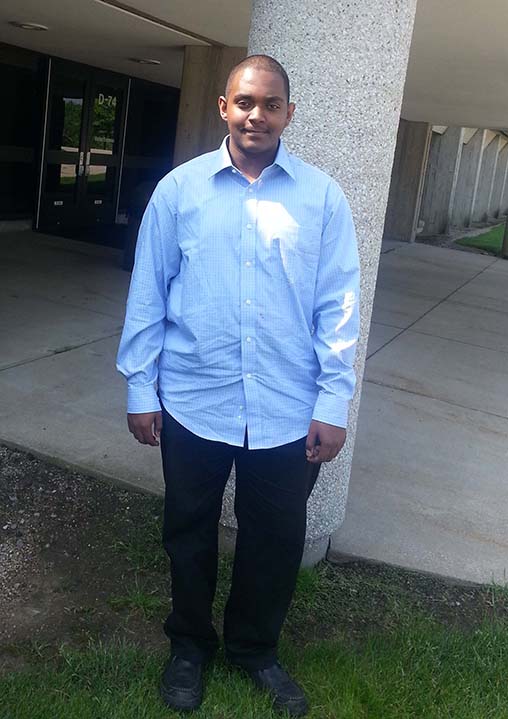 When Kaleab Mamo arrived in Michigan from his native Ethiopia, he started his freshman year at Creston High School speaking no English.

Now, he’s finished his high school career as the Creston Class of 2013 valedictorian and begins his college career at the University of Michigan with a summer session, with the Gates Millennium Scholarship funding all costs of his undergraduate and graduate schooling.

Only 1,000 students each year receive this prestigious award. The scholarship covers all costs associated with undergraduate studies at the university of his choice.  It is also renewable through graduate school in the areas of computer science, education, engineering, library science, mathematics, public health or science.

Along the way, Kaleab not only learned English, but became a school leader, serving as president of the National Honor Society at Creston, a member of the Principals Leadership Team at Kent Career Tech Center, and member of the track team. He also completed an internship at Grand Valley State University his junior year.

Not afraid to learn

Kaleab immigrated to the United States with his mother, Woinishet Woldemariam, father, Tsehai Assefa and two sisters, Mariamawit, 14, and Roman, 23. As a speaker of French and the Ethiopian language, Amharic, he embraced the challenge of learning English and easily becoming acclimated to U.S. culture and education.

“It felt overwhelming at first,” said Kaleab. “But I was not ashamed of how I spoke English and always welcomed corrections from friends and teachers,” he said.

It was that willing-to-learn attitude and desire to become involved that brought Kaleab to where he is today. He plans to major in biochemistry at University of Michigan, then pursue medical school and a doctorate. He sees many possibilities in his future, including working as a physician in a third-world country, helping to “bring an end to atrocities across the globe” and improving access to quality health care.

“I come from a terrible country where you see children on the streets starving hungry and thirsty,” he said.

Creston teacher and tutor coordinator Tricia Kozal met Kaleab on his first day of school when she ran the morning tutoring session.

“Kaleab was there every morning for two years to use the computers and complete work.” Kozal, as the Key Club adviser, also worked with him at volunteer events. “He has always been focused to advance and improve himself. He knows how to value effort and knows it makes a difference, especially now.”

Kaleab has split his time between core classes at Creston and the Kent Career Tech Center’s Alternative Energy program, working on such projects as designing wind turbines and hydro-powered generators.

But he cites his biggest accomplishment as working as a volunteer at the Grand Rapids Home for Veterans, where he enjoyed taking veterans fishing and introducing them to visiting middle school students.

Kaleab is also the recipient of the $40,000 Gene Fairfax Scholarship and was named Biomedical Student of the Year by The Grand Rapids Area Pre-College Engineering Program. He plans to continue volunteering while in college and hopes to study abroad in France or Africa.