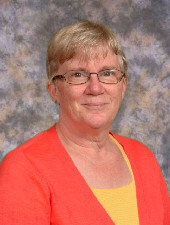 In Kent City Community Schools, where some 53 percent of students qualify for free or reduced-price lunches, the usual problems of poverty persist. But the issues are heightened because of the district’s significant migrant worker population working in northern Kent County’s orchards.

District leaders say poverty contributes to related issues like absenteeism, homelessness and a loss of what’s been learned because students have been forced to change schools. Barbara Berry, the schools’ homeless assistance liaison, said federally accepted estimates say students lose four to six months of education because of the disruptions caused by such moves.

But for migrant students, language is a significant additional barrier, Berry said. She added that merely having a roof over one’s head doesn’t necessarily mean students have what most would think of as a home. Federal guidelines specify that a home provides “fixed, adequate and regular” living accommodations.

“When you have two families crammed into one migrant unit in a camp, that’s not fixed, regular and adequate,” Berry said. “That’s just not enough space. I’ve had two families in one 14-foot-by-70-foot trailer and I’ve seen trailers with windows boarded up and a portable bathroom outside. That’s not fixed, adequate or regular.”

Although the district doesn’t have large numbers of homeless students, last year 52 of the district’s approximately 1,300 students were homeless. Six of them were from migrant families.

“Homeless kids are not always living out in a tent or a car; they’re usually doubled up with their parents’ friends or sleeping on a couch with a friend,” Berry said. “They stay in one place until they wear out their welcome.”

Berry said even those fortunate enough to live in the better migrant camps don’t have access to the same amenities as those living above the poverty line. Simply doing laundry in facilities not even fully enclosed is a challenge, she said. (see related story on rural poverty)

“The work that it takes for these families to present these kids the same way as others do amazes me,” Berry said.

Berry notes Kent City schools have made strides in recent years to help address issues of poverty. Coaches and teachers have worked hard to ensure economically disadvantaged students are able to participate in programs like sports. However, the fact that many students have to babysit younger siblings makes it tough for them to have a traditional high school experience, she added.

“Our staff is great about finding ways for kids to participate in extracurricular activities if kids want to,” Berry said. “We’re always working to improve our services to these kids so they get more face time with teachers, more individual work.”

The district also now has an English learner class in its middle and high school. Two years ago, Berry pulled students out of their regular classes for added training in English. She now has three part-time staff members helping with that.

Berry said she understands the political sensitivities surrounding immigration, and the reality that issues around poverty have few advocates in places of power. Poor people vote in fewer numbers than others and they can’t afford to contribute to political campaigns.

But when she wants others to understand the people she serves, she tells them stories of incredible generosity she has seen in a group that can ill afford it.

One of her classes spent an entire school year raising $800 so a homeless family would have a security deposit for an apartment. Most of those kids were on free or reduced price lunches themselves, Berry said.

“These are children,” Berry said. “They didn’t choose how they got here or how they live, and they deserve the same education and the same rights as anybody else.”

Poverty Persists Out in the Country

The Burden of Poverty: a Backpack of Heartache

Working and learning together