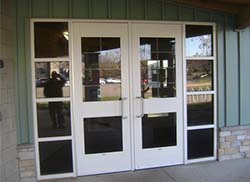 When his school board decided to ask the community to fund building improvements, Lowell Superintendent Greg Pratt never thought the fund’s name would be a problem. But he found for some residents, the ballot language of “sinking fund” gave them a sinking feeling.

“The average person hears that and it sounds negative in nature, (like) somehow things are going wrong, when they’re really not,” Prattsaid.

He hopes voters will see the positive this time when they go to the polls Tuesday, Nov. 5. The district is asking them to approve a 1-mill tax levy for seven years to pay for roof repairs and replacement, school security and energy improvements and paving needs.

It’s the second time voters have been asked. On Feb. 26 voters rejected the same request by a slim margin of 741 to 650.

Pratt said a low turnout caused by a snow storm may have contributed to the defeat. Many parents asked for another vote, he said. This one will be held in conjunction with elections for the city of Lowell and the bordering Forest Hills school district, lowering the cost for Lowell schools, he added.

He’s counting on more information and more votes for a different result this time.

“We hope we have a great turnout Nov. 5,” Pratt said. “We really feel it’s been an opportunity to engage our community.”

Lowell’s requested sinking fund is a method many districts use to pay for building improvements, repairs and property acquisition. A 1976 law authorized districts to ask for up to 5 mills for up to 20 years. 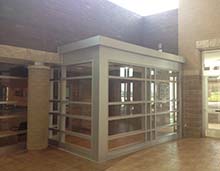 Unlike bond issues, which yield large sums districts must pay back with interest, sinking funds pay as they go, yielding only as much as is raised by yearly tax revenue. They cannot be used for salaries and other operational expenses.

Districts find them useful to supplement money the state provides for those purposes, one official said.

“I’d say more than half our districts have them,” said Ron Koehler, assistant superintendent for the 20-district Kent ISD. “They can direct more money to the classroom, and then use sinking fund dollars to pay for the boiler that needs replacement.”

This is Lowell’s first use of a sinking fund, Pratt said, adding it makes sense for a fiscally conservative district such as his to pay for improvements over time.

“These are the type of projects most people would want to pay for as they go in their own home, and not have to take large loans out with the cost of interest,” Pratt said.

If the millage is not approved, Pratt said, money for these improvements would have to come from other areas of the budget.

“We’d have to start looking at what programs can we do without,” he said. “We don’t want to change them if we don’t have to.”

Why Not Pay for Computers?

While reaping the benefits of sinking funds, many school leaders say they should be expanded. They want to see state legislation allowing the funds to be used for other purposes, such as computer technology and buses.

The debate over use of sinking funds for computers, in particular, has intensified as districts increasingly invest in them, said the Kent ISD’s Koehler.

“There’s actually a savings to your community if you’re able to use a sinking fund for, say, the one-to-one (computer per student) program you’re implementing,” Koehler said.

Proposed legislation to allow wider use of sinking funds has failed more than once. The Michigan Chamber of Commerce has successfully lobbied against it since a bill was introduced in 2002. Then-President Jim Barrett charged the bill “would put schools back in the millage business” and would undermine Proposal A, which shifted operating costs from local property taxes to the state. A 2009 bill also failed.

Koehler thinks the time may be right for computer technology, at least, to be allowed under sinking funds.

“I think now as we are entering an era where technology will supplant the textbook, legislators and others are beginning to rethink that position,” Koehler said, “and to recognize that technology and the ability to use it is essential for young people (and) for school districts.”

Where the Money Would Go

A breakdown of the Lowell Area Schools millage request

A robust resource for the 21st century